Phoenix Weather: What to Expect All Year Long

Phoenix weather is hot in the summer and mild in the winter. With more than 300 days of sunshine a year, you will find it's a wonderful place to visit most months.

Summer is hot, hot, hot with most days well above 100 degrees. Winter is mild with temperatures dipping down into the mid-40s overnight.

Read on for more details about the weather all year including tips on what to pack for each season and month.

Everything You Need to Know About Phoenix Weather 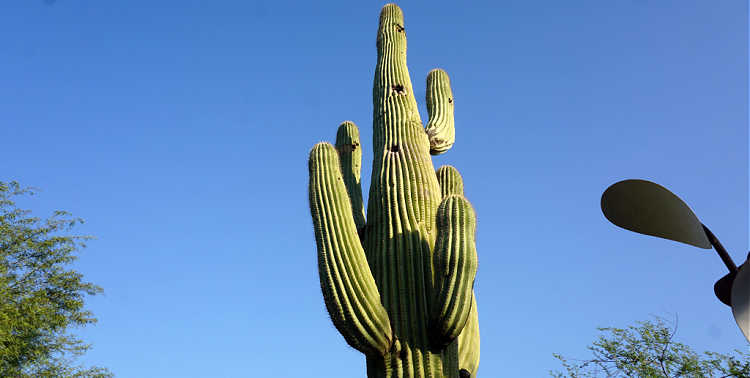 What are the best months to visit?

What is the Phoenix weather in the Summer? How do people survive the summer? How many 100 degree days does Phoenix get?

What is the weather like in Phoenix during the Fall? What month does it start to cool down?

What is the winter like in Phoenix? How cold does it get in the winter?

Why is Phoenix so Hot?

The city of Phoenix features a hot desert climate. This means we have long, hot summers. However, it also means we have very mild and short winters.

We are the only large city in the US with this climate. The latitude for the valley is around 33 degrees north. You will find this type of climate in certain cities that sit between 20 degrees and 33 degrees north and south latitudes.

Due to our climate, we also get very little rain throughout the year. With almost no rain, the temperatures continue to stay hot for longer periods of time.

Just a few of the other cities with a hot desert climate include Lima, Peru; Cairo, Egypt; Dubai, UAE; and Baghdad, Iraq.

Is the Arizona Heat Unbearable?

From late September to late May, you will find the temperatures are quite pleasant with sunny days and cool nights. These are the times of the year that most people enjoy the outdoors.

However, summers are a different story. Even though we have a dry heat, the sun is intense and being outside in the late morning until right before sundown can be unpleasant and dangerous. You can easily become dehydrated or sunburnt unless you plan ahead.

As most of the U.S. stays inside in the winter, we in Arizona are the opposite and stay inside during the summer. You can still enjoy a little time in the shade during the day, but you need to drink plenty of water and not be outside too long.

Personally, I would say it's unbearable outside in the summer, but there are plenty of amazing things to do inside that keep us busy as we wait for the cooler temperatures the rest of the year.

Is Arizona Hotter than Florida

Arizona has hotter temperatures than Florida in the summer. Most of Florida is in a humid subtropical climate, which means they get a LOT of rain during the months of May to October.

Our average summer temperatures are around 15 degrees warmer than Florida. However, the comparison isn't that easy for the reasons mentioned below.

We have dry heat, which has a different feel than the humid summer days in Florida. While the temperatures are hotter here, it might feel more pleasant than Florida if you don't like humidity.

In the winter, it's a touch cooler here. However, due to the incredibly dry heat, it will feel quite a bit cooler. We also get very little rain in the winter, where Florida gets a couple of inches per month.

Is Phoenix Hotter Than Las Vegas?

Phoenix weather is slightly hotter than Las Vegas. Throughout the year, The Valley averages temperatures about 5 to 10 degrees warmer for both our highs and our lows.

Just like our city, Vegas is in the desert and gets very little rain. But, since it is a little further north, they have just slightly cooler temperatures.

In the summer months, we average about 104 - 106 degrees each day. Vegas averages in the 99 to 104 range. It's a slight difference, but they are a bit cooler on any given day.

You may be wondering if you can feel the difference? They also have a dry heat, so the change in temperatures between the two is slight but can be significant the higher the temperatures are over 100.

Our personal favorite months are October, November, March, and April. This is when the temperatures are a comfortable 70 to 90 degrees. No matter when you visit, months have very little rain and it's a wonderful time to be outdoors.

The evenings also don't cool down too much these months, so you can still get up before the sunrises to start your hike or golf game without having to add too many layers.

Phoenix Weather in the Summer

What is the Phoenix weather like in the summer? One word - HOT! Okay, maybe two words - Hot & Dry!

With our intense sunshine and lack of rain, the summer temperatures start to heat up in late May and it's hot through the middle of September. If we have an unusually dry summer, it might even stay extremely hot through September and into early October.

The average temperatures for the Phoenix summer weather are between 104 and 106 degrees. July is the hottest and averages 106 daily. It's not uncommon to have every day of the month reach a high of 105 or 106 degrees.

At night, you will find the temperatures cool down a bit with overnight lows around 80. This is usually in the early morning hours before the sun rises, so your evening temperatures will still be quite warm.

As you can see from the video above, restaurants with outdoor seating aren't usually open during the day, but they do mist water on their outdoor areas for evening seating.

How Do We Survive in the Summer?

Aram and I get this question quite a bit. The easy answer is to say that we stay inside quite a bit. It's hot and the sun is intense, so we stay inside, or go to a museum or a movie, but we don't go outside and walk around much. It is pretty much just the same as those in the Midwest do when they have their cold and snowy winters.

As Jill's dad Bill says, "I'd rather complain about the heat than the cold. When it is hot, I can always turn on an air conditioner or drive somewhere where it is just the right temperature." Since it is almost impossible to drive anywhere during a snowstorm in the winter, we both agree with him 100%.

Honestly, we think Jill's dad Bill is a genius. And trust us, once you visit Phoenix, you will also.

Another reason we love the heat compared to the cold is that you can also get up really early and enjoy some outdoor time before it gets too hot. Again, that is impossible in freezing cold or a snow/sleet storm.

The summer of 2020 was especially hot with 51 days of temperatures above 110 degrees. Most of these were in July (16) and August (25). The Phoenix temperatures were extremely hot due to a lack of rain that summer.

Phoenix Weather in the Fall 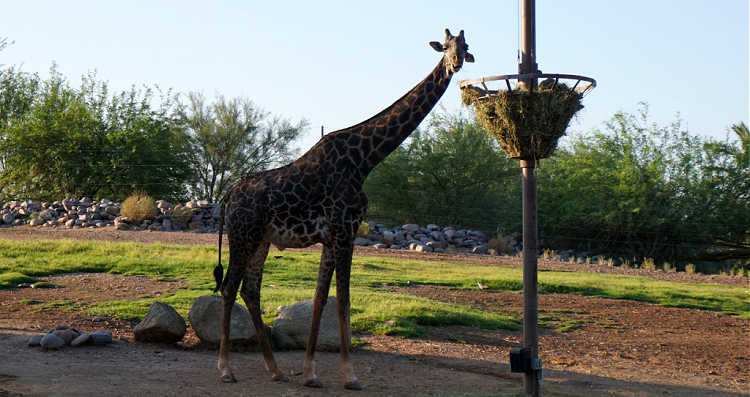 Phoenix weather in the fall offers everything from 100+ degree days in early September to temperatures in the lower 70s in late November.

You will find that September is still warm with highs averaging just below or around 100 throughout the month. October is better with highs around 90 each day and November is a lovely 75 degrees almost the whole time.

Overnight temperatures also range from around 77 in September down to the mid-50s in November.

This is also the time of year when you start to see those from the north make their annual migration to the south. We locals call them "Snowbirds" since they fly down during the winter and then "migrate" back up north when spring comes back. A good amount of them (over 100,000) are even from Canada.

What Month Does It Start To Cool Down?

The temperatures start to cool down quite a bit in the fall. You will see Phoenix temperatures falling in October and even more in November.

You can find even more about the Phoenix weather in fall below. This breaks it out for you by month.

Phoenix Weather in the Winter

Things will start to cool down in the winter. Our winters here are short and very mild. It's rare to see snow here and the last time we had any amount of measurable snow was in 1998. It didn't last long though as the intense desert sun melted it in a short amount of time.

December, January and February have very similar temperatures. It's usually in the mid-60s to around 70 most days. The temperatures dip down into the mid-to upper 40s at night.

It's very pleasant throughout the winter and you will even be a little chilly in the morning.

Can you swim in the winter in Phoenix? Some resorts and apartment complexes will keep their pools open throughout the year. They will heat it in the winter to keep it warm enough for you to swim. Where we live, they close down the pool for the winter as us locals think it's WAY too cold to go swimming. If you are visiting from the north where temperatures are at or below freezing though, you will probably love it as a fun winter activity.

How Cold Does it Get in the Winter?

Winter in Phoenix is moderate during the day and cool overnight. Average lows in December are in the mid-40s. January is about the same and overnight lows in February are around 50.

Find additional information on the Phoenix weather in winter below.

Phoenix Weather in the Spring

Spring in Phoenix is amazing: In March, temperatures warm up to average in the mid-70s. You will find temperatures dip about 20 degrees overnight.

In April, it warms up a little bit more with average highs in the mid-80s. The nights are also a touch warmer and only dip down to around 60. Watch the snowbirds start to migrate back north about this time.

May is when we usually see our first 100 degree days. The average temperature this month is only 95, but with the dry heat, it's still very pleasant outside. We don't get many 100 degree days, but they usually start in mid to late May.

Overnight, you will find lows in May around 70 degrees. It's still a good time to be outdoors before the scorching summer heat sets in.